Many entrepreneurs let their fear of putting themselves out there cloud their business judgment.

For instance, some people think that if they show the face behind their companies or if they say how awesome their services are on social media, their friends and colleagues will say that they are bragging about themselves.

While it’s nice that you’re thinking about other people’s feelings, you need to put your business and your clients first. You are the face of your brand: you must get used to the idea that your clients love seeing you and dealing with you. After all, your clients have a right to know the person they are writing their $100K checks to. 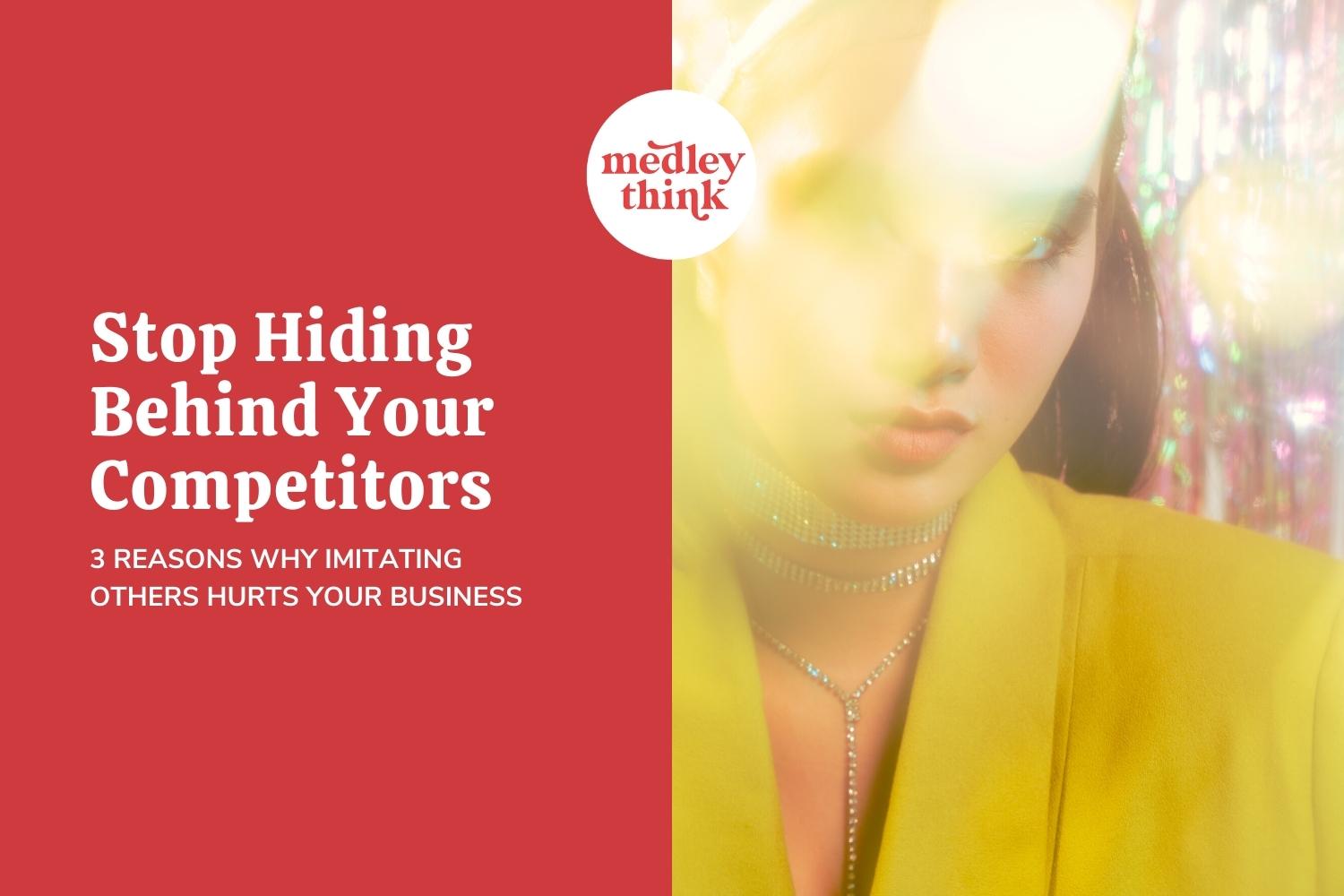 Another more common reason why you resist showing up on video and in photos is simply that you don’t want to be seen. Maybe you don’t feel comfortable being around crowds or in front of the camera. And that is perfectly OK. But just because you prefer to remain behind the scenes doesn’t mean you have to be invisible. Your voice, opinions, and points of view are unique to you.

If you don’t want to be seen, be heard instead. And allow your audience to feel seen and heard.

A few other reasons why you may feel like hiding behind your competitors:

And I get it, all these fears are something most entrepreneurs fight with. Being seen, going against the crowd, or simply taking the route that feels right to you even if it’s not what everyone else is doing is scary. But while hiding behind your competitors may seem like the safer option, it can seriously dampen your momentum or even kill your business altogether.

Here are 3 reasons why imitating others is one of the worst things you could do to your business.

1. Copying your competitors won’t get you anywhere

You might think that copying your competitors’ logos, colors, or content will help you succeed in the same way they did. Nothing could be further from the truth. Actually, quite the opposite. 👇

If you were to wear someone else’s clothing, it doesn’t turn you into that person. You have your own essence and trying to become someone else or something else doesn’t compute.

Their logo is not what sells their products. Their blog post titles are not what makes their audience believe in them. Their offer is not something that people desperately need.

It’s like trying to copy an apple pie recipe while forgetting to put the actual apples into the bowl. It’s stupid. And useless.

If people love what your competitors do, it’s not because of superficial details like logos and colors. People love them because of what they stand for. Because their audience connects with them. Because they feel heard.

Take Google as an example:

Google tried to take on Facebook, and failed. In 2011, Google launched its vision for a new social networking site called Google+. It wasn’t the tech giant’s first attempt at a Facebook clone—Google launched Orkut in 2004, Google Friend Connect in 2008, and Google Buzz in 2010. All three died quiet deaths, but not without millions of dollars in losses and reputational damage to Google. Google+ cost nearly $600 million to build, but it never caught on, and the site was shut down in 2019.

Another famous flop: the Microsoft Zune.
The Zune was Microsoft’s answer to the Apple iPod. Microsoft spent hundreds of millions in development and marketing in an attempt to trounce the world’s most popular portable media player. Needless to say, they failed. The Zune failed to capture significant market share and the device was discontinued 6 years after release.

Successful brands provide value and they do it consistently. Most importantly, you can’t copy the value. You have to define your own.

Because what works for someone else may not work for you. While doing competitive research during the initial phases can provide helpful insight, spending too much time analyzing your competitors’ every step only takes time and resources away from you growing your core business.

2. Trying to match what they are doing will spread you too thin

If you are scrambling to match your competitors’ services, adding more and more to your plate just to feel like you can compete with them, you’re going to overwork yourself.

Plus, following someone else’s actions without knowing the reasoning behind them will only make you miserable.

You might be thinking, “If my competitors provide so many services, how can I even compete with them?”

By focusing on what you do best: Being you. Listening to your customers and what they want and need.

Some people go for one-stop shops that can provide all the services anyone would need, others prefer a more personal touch. A specialist. And that’s where you can come in.

You have to consider that blindly adding services that your competitors offer simply doesn’t make sense and will damage your business.

Just think about all the things you have to do:

There’s so much work that goes into adding new services, no matter how small a task seems to be at the beginning. Focus on what you are good at, and expand with a careful plan from there.

Look at this example:

Consider the case of Crocs, the maker of the widely mocked and super-comfortable foam clogs. The company was launched in 2002 and its signature product became an instant hit. However, Crocs wanted to compete with the likes of Adidas and Nike and released dozens of new styles and product lines, many of which veered too far from its original focus.

By 2009, Crocs was close to bankruptcy and its share price plunged to $1 from a high of $69 just one year earlier. In response, the company eliminated most of its product lines and went back to selling the classic clog we’ve all grown to love. Over 720 million Crocs have been sold to date and the company is now valued at nearly $9 billion.

3. Looking too closely at what others are doing may make you feel inadequate.

Not because you are not good enough, but because impostor syndrome can cripple your decision-making.

Even titans of industry aren’t immune from impostor syndrome. Just ask Sheryl Sandberg, COO of Facebook and writer of Lean In: Women, Work, and the Will to Lead. In her book, Sandberg wrote that she thought that she had “fooled everyone yet again” and that “one day soon, the jig would be up” every time she excelled at something.

Your brain doesn’t play fair, and the grass always seems to grow greener on the other side, even if it actually doesn’t.

When you compare yourself or your business to your competitors, always remember that you have very limited insight into what happens on the other side. You only see what you’re allowed to be seen. Sometimes, they show you their mistakes and failures, but even those are just the tip of the iceberg compared to what you truly experience in your own business. 🤔

When looking at them with your comparative eye, they always seem to be doing much better than you. Growing much faster than you.

But you rarely consider everything that goes behind the scenes. You cannot compare your situation 1:1 as if all businesses start on the same line, in the same year, and with the same skills and opportunities.

What to do instead?

Try not paying too much attention to your competitors

Just look at Apple. The trillion-dollar company is the leader in almost every market it’s in, from wearables to smartphones. And it got there by ignoring the competition. Instead of looking at what its rivals were doing, Apple forged its own path and designed some of the most iconic and popular consumer devices in history.

If you position yourself for success, the competition won’t matter. Yes, there will be other businesses offering similar services, but you offer something different that will make you stand out. It could be your persona, your unique approach, or even your results.

Read about what makes your brand unique here.

Another thing that could help is surrounding yourself with brands and people from different niches with different problems to solve. They will help you improve your creativity and spark new ideas.

Leaning into what you’re passionate about and aligning that with what your customers need will serve you much better. Not only will that help you grow your brand and business, but it will also infuse you with the energy and drive to push forward.

Focus on showing your brand’s personality. Personality is a strong marketing strategy that helps you connect with your audience and makes them feel a certain way. It’s the way you speak, behave, look, and interact with others.

Are you not sure where to start? Take our brand personality quiz!

Think of simple ways to include yourself in your brand. People want to know about the person running the business, and showing your face builds trust with your audience.  It does not have to be super sophisticated; just making yourself known will create a natural differentiator between your business and your competitors.

And finally, make sure you fully trust what you offer. There’s nothing worse than creating a washed-out version of your competitors. If you’re feeling unsure of what you offer and why you offer it, your audience will pick up on your lack of confidence. 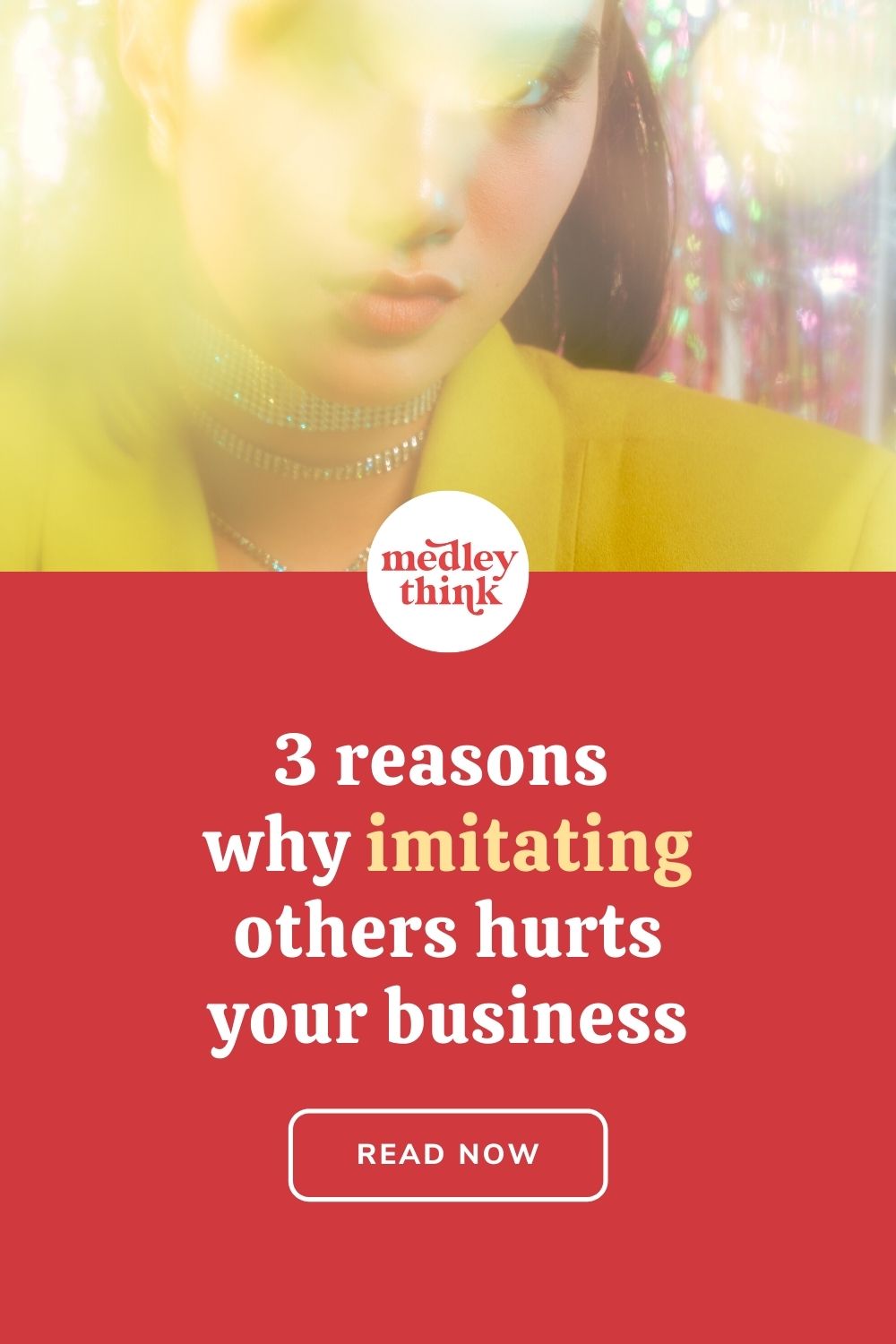 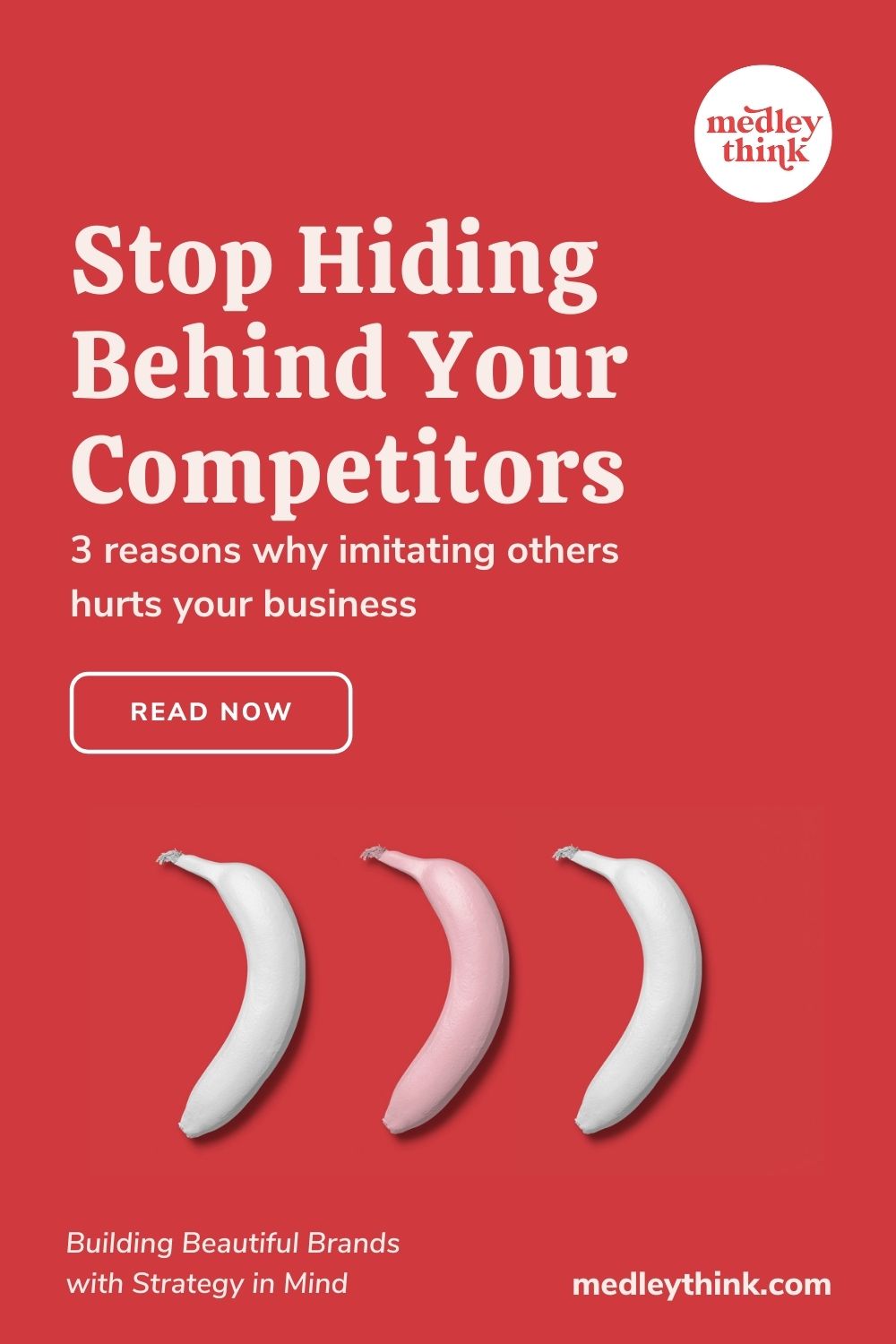 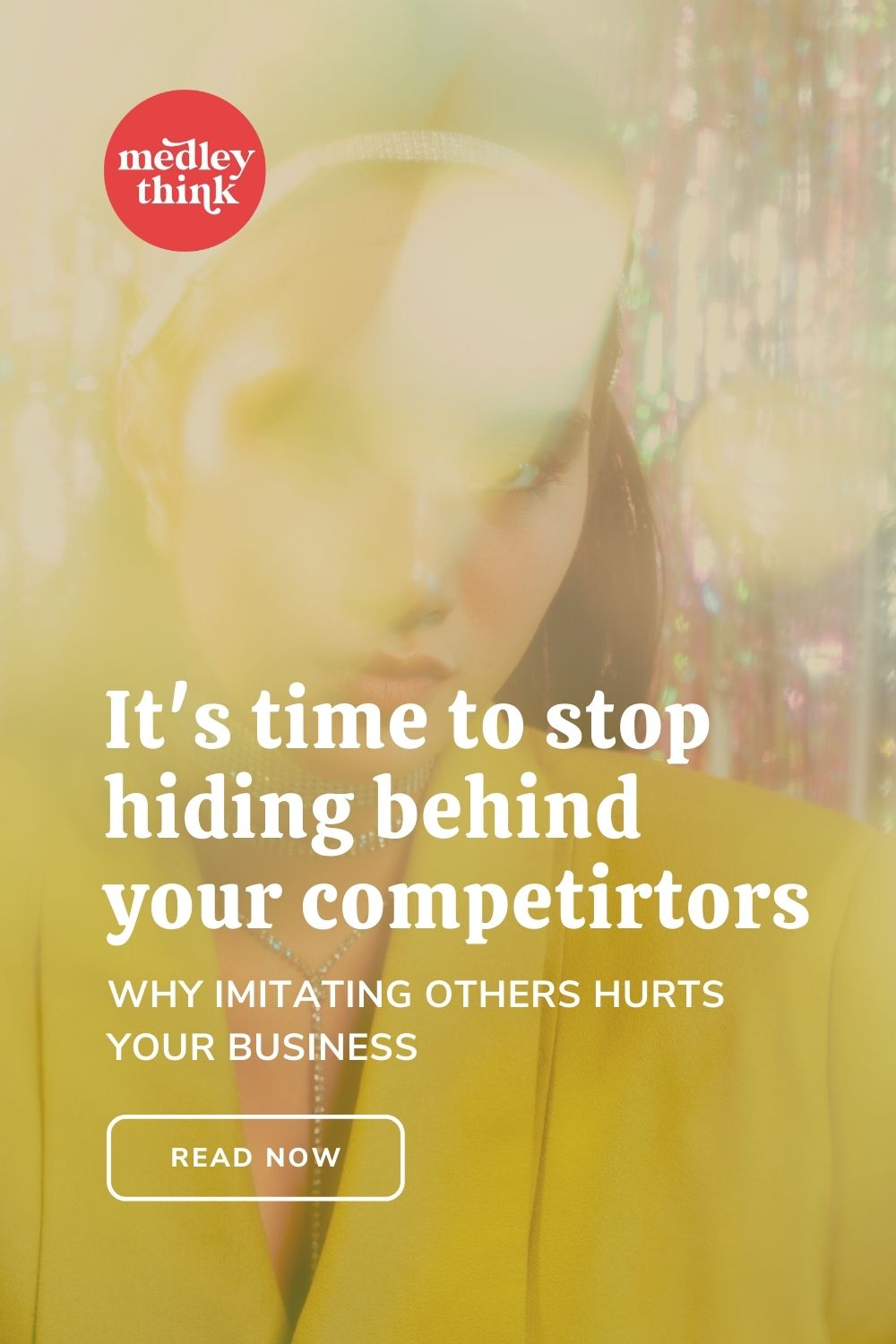 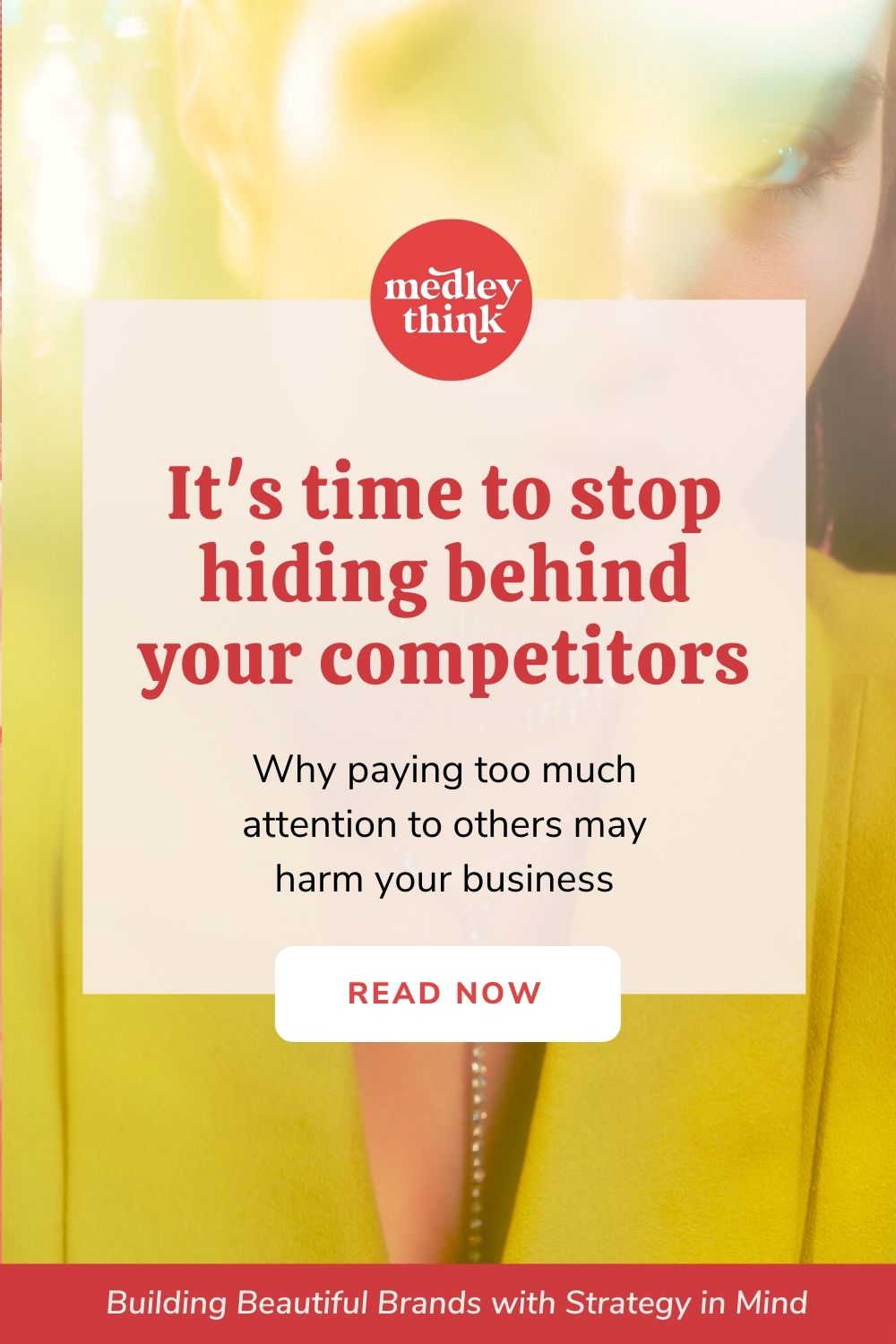 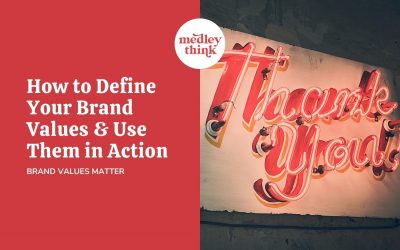 What does your brand really stand for? Learn how to define your brand values.

Let me ask you one important question today.  What do you really stand for? That’s right, today I’m talking about your brand values. And before you close this post thinking “I don’t need to know this to have a successful brand…” think twice. While you can decide not... 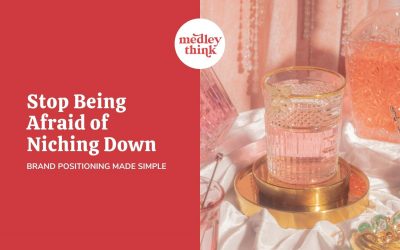 To Niche or Not to Niche: How to Find Your Niche with Ease

I know, the word “niche” is a trigger word for many entrepreneurs. But before you mentally kick me in the shin for bringing it up, let me present my case. I could start this post telling you why you HAVE to niche down. Probably mentioning that “talking to everyone... 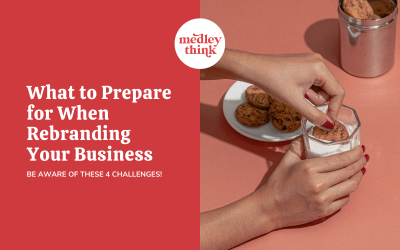 4 Rebranding Challenges: What to Prepare for When Rebranding Your Business

In my last post, I talked about why you should pause and check if your brand is still aligned with your vision and business goals. Otherwise, it might be time to prepare for the process of rebranding your business. Whether you’re attempting to introduce your business...